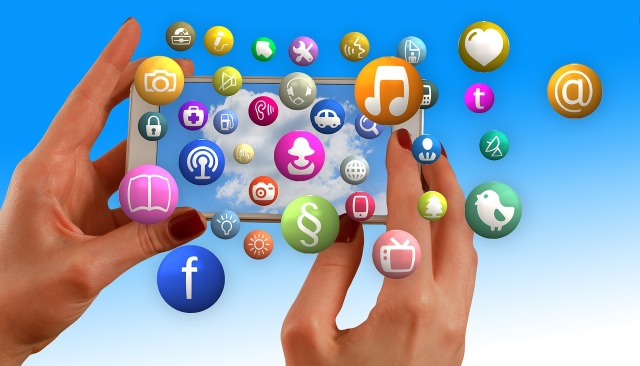 ‘So, what’s this new job you’ve got? Working in a shop innit?’ said Mark, sausage roll flakes sticking to his lips like dried skin.

‘But it sells phones and laptops and stuff.’

Darren looked at him pitying. ‘It spreads Joy Communicators and Screens of Bliss, if that’s what you mean.’

‘Okay. But it does that for money, right?’

A noise like a miniature steam engine puffed from Darren’s lips.

Mark crammed the last pink, meaty roll scrap in his mouth, screwed up the paper bag with a satisfying crunch and slammed dunked the greasy parcel in a rubbish bin without breaking stride. He looked to Darren for acknowledgement for this glorious feat, but found none. ‘Go on then,’ said Mark. ‘Explain to me what’s so special about this place.’

Darren smiled, joy turning his eyes to slits. ‘Well, no physical money is exchanged. The Ight believes that transaction would sully the beauty of the technology sharing experience.’

‘Riiiight. Doesn’t sound like a great business plan. What else?’

‘The Pleasure Givers such as I do not walk, they glide. An anti-gravity function is fitted into every uniform.’ He pointed to his tee-shirt and puffy combat trousers.

‘The Pleasure Givers being …’

‘It’s felt their smooth passage stops Pleasure Receivers from being distracted from the Ultimate Truths.’

‘Pleasure Receivers are customers, right? I’m really getting the hang of this. What are Ultimate Truths?’

‘Ah,’ said Darren, wearing the Expression of Extreme Smugness, ‘Ultimate Truths are many and sparkle with clarity. The First Truth is that the technology The Ight shares improves our lives, saving us from the pain of human interaction and freeing our minds from the baggage of facts that were such a burden to previous generations.’

‘Soooo. We all have to be thankful that our addiction to cat videos and facile twittering means we’re all Billy No Mates and that we don’t have to learn anything because centuries of accumulated human knowledge has been cut and pasted onto Wiki.’

Darren beamed, clasping his hands together. ‘You have learnt the First Truth.’

‘Free?’ said Darren. ‘The Truth is always won at a cost.’

‘But you said no money exchanged hands …’

‘Not in the flesh. It’s relieved from your bank account through the Implant of Freedom.’ Darren gestured to the tiny scar at his left temple.

‘Implant?’ Mark stopped so quickly, Darren carried on for a few paces before he’d noticed he was alone.

Walking back towards him, arms outstretched, Mark said, ‘A self-guided nano microchip, which burrows into your cerebral cortex ‒ ’

Mark turned on his heel, heading back the way they’d come.

‘Where are you going?’ called Darren.

‘I’m turning away from The Ight.’

After a slip of the keys whilst writing a comment the other day, Joy from Tales from Eneana and I set ourselves a challenge – to write a piece of flash on the subject of Walking into the Ight. Above is my cynical, 21st century consumerist take. Visit Eneana to find Joy’s beautiful, soulful story.

12 thoughts on “Step into the Ight”