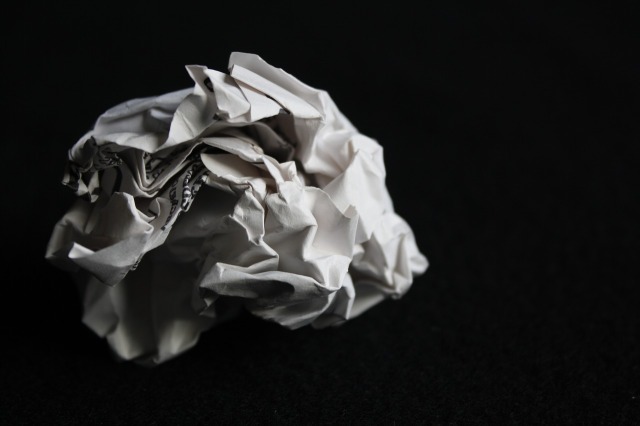 The box had been  on Mags’ sideboard for six weeks, gradually being enveloped by paperwork – Mum’s solicitor, insurance companies, utility bills. It had become part of the room, along with the sagging sofa and the coffee stain on the carpet. She almost didn’t see it any more.

The day it arrived she knew who it was from. Thick packing tape along each edge and on the corners, name and address written in neat block capitals in black marker.

How had a woman who’d been strapped to monitors, pricked with needles, attached to various bags for the previous three months, managed to pack a parcel? The postman arrived as Mags was rushing – one shoe on, slice of toast clenched between her teeth – to see the consultant. After the meeting she’d got home, poured a large glass of red wine. Stared at the parcel until it turned blurry with tears.

In the following weeks she couldn’t clear enough space in her head to open the parcel. The more she thought about it, the more important the act felt. It was a bundle of lasts – Mum’s last letter to her, last parcel, last act that seemed like normal life – until it was too much. That’s when the box became part of the room.

Now the funeral was paid for, legal wheels set in motion.

Mags cleared the dinning room table as the coffee brewed, excavated the box from its paper cocoon. It lay naked, exposed and she watched it for a while, its last moments of wholeness. With a small knife she fell to slicing the tape, careful not to push the blade too deeply in case she damaged the contents.

She opened the flap and jolted to a halt as a flood of scent hit her, the one she’d given Mum every Christmas for over twenty years. Heavy and floral – a perfume for romantic novelists – it never suited her, but Mum was always stubborn and had refused to even try anything else.

Mags let the pain ease, waited for the clawing horror that had first gripped her in the hospital pass – that knowledge that Mum was gone forever.

Hand shaking, she pushed back one flap, allowed her nerves to settle before pushing back the other.

Gently, she pulled aside a mash of second hand bubble wrap, bunched newspaper, a crumpled shopping list – tea bags, sliced loaf, dusters – to reveal a familiar face. Her Panda – threadbare, nose pressed flat from hugs. An ache pulsed in her throat as she lifted him from his nest. A flash of red caught her eye – a ribbon, shining like a new painted letter box. She remembered the colour, knew it had tied up her hair but the details of when and where were lost. The rest of the box was filled with drawings, school reports, photographs of them at the seaside, them on a steam train, them sitting on a picnic blanket eating Scotch eggs and sardine sandwiches.

Finally, Mags opened a single piece of notepaper, Mum’s writing still elegant even so close to the end.

And her voice was in Mags’ head,  by turns joking, cheeky, stern. And after she finished reading Mags smiled and read the note again.

Written for The Daily Post’s Daily Prompt – SLOWLY. See here to read other contributions and to come along for the ride.

18 thoughts on “The Daily Prompt : The Last Parcel”