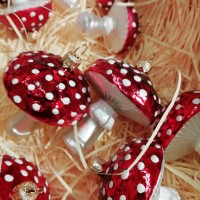 Here be the next instalment of this torrid tale. Now, if you’ll recall, before Christmas we left Edmund in hopes of being reacquainted with decent society through the dubious channel that is Samuel Longmire Gordon. Go here to read the story from the beginning – one, two, three, four, five, six , seven, eight, nine and ten.

Without another word, he bent stiffly to Samuel and said, ‘My name is Niccolo Vintila de la Slatina. Duke of Moravia, crown Prince of Bohemia.’

The little man looked from Samuel to me, to the ladies and the ruffians seated on the couch.

‘Why, Lord Samuel,’ he said. ‘I can make your every wish come true.’

Samuel raised an eyebrow, at once amused and incredulous at Slatina’s astonishing claim. He laughed. ‘This is fine, fine amusement, Edmund. I wonder where you found such an intriguing creature.’

To relate the true story of our meeting would stretch the trust even of a scoundrel as low as Samuel. Instead I muttered, ‘Around and about.’

Samuel smiled. ‘The long way around and a far way about, I’d say.’

Golding and Cummings chuckled as if he were the greatest wit in the four corners of the county, their chins shining with spittle.

Now Samuel turned his chill eyes on Slatina. ‘Tell me, Prince Niccolo, how you intend to fulfill your bold promise.’

Something in the twitch of Samuel’s shoulders, the way he toyed with the buttons on his tattered coat made me wary. He was a tiger lounging in the cool shade, lazily following the scurry of a mouse until the slam of a paw, a squeak cut short.

Slatina stepped forward, extending his hand. Even in the dim light, the ropes of his veins were visible, river valleys on the plains of his wrist. He nodded to Samuel’s own hand. Cummings and Golding leaned forward, poised to act.

‘Now, gentlemen,’ sighed Samuel. ‘We are all friends here.’ He extended his arm.

Slatina’s fingers ran over Samuel’s, over his knuckles, tracing the bones and tendons under the ruddy skin in an action I found too uncomfortably intimate to watch for long. Suddenly he gripped the wrist hard, blood draining from Longmire until his now curled fist whitened, a cadaver’s borrowed from the grave.

For the first time since I had made his acquaintance, Samuel looked frightened, his eyes bulging in his head, mouth pulled tight. The criminals stood, the ladies too, the monkey still captive, swinging from its tail, held fast by Coral or Nancy Flitting, I know not which. The animal was squealing and hissing, bucking and clawing at the woman, catching her skirt, her bodice, snatching at her arms with its claws.

Dick Cummings reached to his belt, Jack Golding did the same, mere moments behind. The monkey screamed, the men drew their pistols, Samuel struggled and all the while Slatina stood calm as a wall.

With one last agonised wail, the monkey reached, pulled, snapped a sister’s necklace, a cascade of scarlet beads falling to the floor like droplets from a wound.

A loud bang. A cloud of smoke. The smell of burnt powder.

My ears rang, a low chime, undercut by a high whistle. Breathless, eyes stinging, heart large in my chest, I surveyed the room.

Samuel and Slatina were the same, caught in a moment, staring fixedly at one another. The rest of the company was in disarray.

The Flitting sisters were on their knees, the one who may have been Coral having lost her wig of lustrous curls, her bald head showing pink beneath wisps of sparse grey hair. The other woman wept piteously, her skirts bundled in her arms as if swaddling a stillborn babe. Jack Golding was slumped by the fireplace, head resting on his chest as if in deep sleep, a patch of darkness spreading across his waistcoat.

Of Dick Cummings I saw no sign. I can but assume that affrighted, he fled the house the moment his pistol discharged – though the man was surely used to bloodshed. I learned later he was caught and would have been hanged for many terrible crimes, were it not for the disordered state of his wits. He festers now in Bedlam, the finest blade in London a curiosity to those with pennies enough to gawp at him.

How had he come to shoot Jack, when he so clearly aimed for Slatina? I pondered that often in the coming days. Now I would not ask such foolish questions. For as I grew to know – as you shall too if you continue my companion in these last, dark hours before I drop to my grave – nothing was beyond this so called Duke, this Prince of Blood.

The sisters, still whimpering, gathered their shawls, their wigs, their fallen kerchiefs and hurried from the room, leaving the three of us alone with the corpse of the fallen cutpurse.

The wood crackled in the flames. Somewhere a clock ticked.

‘Samuel,’ said Slatina, his voice clear and firm, louder then I had ever heard him speak, ‘I know your deepest wishes. I know the dark pit of your heart more than you do yourself. For I see it free of confusion. Free of obligation. Free of the curse of a gentleman’s upbringing. And I make a solemn oath that I can bring you all you wish for. I have but one condition -‘

Here, he leaned into him, his chin almost resting on Samuel’s shoulder, his face hidden in his fall of hair. There were whispers – long and sibilant – then Slatina stood, finally releasing his hold.

I watched Samuel’s hand, watched the colour trickle back along the wrist, into the fingers, though I could not help but think it did not regain the healthy nature it possessed before.

‘I shall call on you on Tuesday next,’ said Slatina. ‘When I shall expect all to be in place.’

He turned quickly on his heel and was through the door, heading along the hall before I could gather myself. Samuel still sat, pale faced, a shrunken doll of his former self. I made to speak, but could think of nothing to say. All I wished was that I had never set foot in that terrible house. But what is done cannot be undone, so I made to leave with the utmost haste.

It was as I turned that I spied the monkey. It lay on the floor, part obscured by a fallen napkin, sharp little teeth showing past curled back lips. He was quite dead, his eyes clouded and fixed. Perhaps it was through the shock of his mishandling or the pistol’s sudden report.

Whichever. He would not be the last innocent to fall through this unholy meeting.

34 thoughts on “The Devil of Moravia : The first innocent falls”