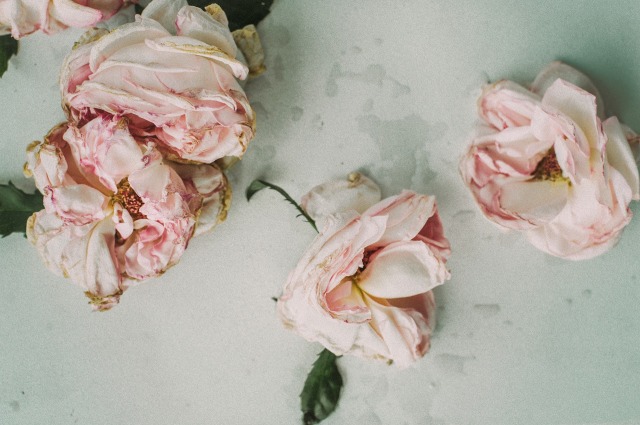 Frances has returned to Edmund, but who caused her injuries and what is the meaning behind those mysterious lockets? See here to catch up with the story so far – One, two, three, four, five, six , seven, eight, nine, ten, eleven, twelve, thirteen, fourteen, fifteen, sixteen, seventeen, eighteen and nineteen.

For hanging from that fine gold chain was a locket no larger than the smallest prayer book, with a carved gold frame of leaves and woodland creatures, its body of a dense, dark metal I did not recognise …

We gazed, bewildered, amazed, terrified, into each others eyes. She slipped her chill hand into mine, squeezing my fingertips.

And so I began to share the story of myself and Slatina. From that night when his appearance like a child of the tempest halted the gun in my hand, to the promise he had extracted from me, to our visit to Samuel’s foul abode, to the ball and her own return to my life. As I spoke I felt myself grow more agitated, as if excited by the very act of sharing my story, as if the telling would lighten a burden which had grown too heavy to bear. I reached the events of the ball, describing what I had seen delicately, in a form fitting for a lady to hear … and then my mouth was stoppered. For I had reached Slatina and my foray into the crypt and the burial of the earth angels.

All the while I had been speaking, Frances had held my hand gently in her own, the heat from her spreading into me, warming not just my physical self but my soul also. For in those moments, though I felt horror thrilling through my veins, her steady, unflinching gaze, the press of her fingers on mine were an anchor, a sign that life and hope and happiness may not yet be lost, but might one day prove to be a new reality.

As the telling of those murdered women approached all changed. My heart faltered, losing all courage. Up until that point in my sorry tale I had been a fool, a pawn carried along by men of powerful persuasion and hidden intention. But at this, at the thought of the crypt and the bodies and that unblessed grave, there could be no forgiveness. No good motive. Only a selfish desire to preserve my own life and liberty.

Frances sensed my caution, felt me hesitate. She drew my hand further into her own, so that our palms laid flat against each other, fitting together so neatly they might have been two halves of the same flesh.

‘Edmund,’ she whispered. ‘There is more, I know it. I feel you recoil from yourself, from the path you have walked, from the things you have seen and done.’

Now the sunlight shone brightly through the room, I could see how her face had lost the girlish glow that once drew me to her. How deep the circles had grown below her eyes, how the colour had deepened, to a weary purple hue. But it was her eyes themselves that had changed the most. Gone was that spark of mischief, that wry amusement at the world and its convolutions. And there was one other thing that had flown from her, one other flicker that had once lit every conversation, every silent, loving glance. Hope.

Perhaps the Edmund of before might have been less drawn to this new Frances, cast his eye about for a younger bloom to pick. But I saw in her the earnest, loving woman she had become through suffering, more kin to me than any other living soul. And so I felt my heart cling closer to hers than ever.

She squeezed my hand yet more tightly until it seemed we would become one under the pressure. ‘But you must know that we are together in this.’

Her hand rested gently on her own locket and I understood for the first time that we might both have secrets of which we were justly ashamed. So falteringly – the words dropping heavily from my mouth like clods of earth into a grave – I told her of the angels. As I reached the end of the sordid tale and my voice dropped to silence, I felt exhausted, as if every moment of the telling had been a mile walked, wringing the equivalent energy from my body. I cannot say I felt unburdened or my conscience had eased in any noticeable way. I still felt bruised from the telling, as skin will remain sore for somewhile even after a splinter is removed.

I watched her face closely for signs of revulsion, was aware of the pressure on my hand, trying to gauge whether her grip had eased. But nothing seemed to change in her attitude other than her eyes looked a little more troubled, a little more distanced. I did not dare speak, not wishing to force her into making any kind of statement until she was ready.

When she did finally speak her throat was hoarse as if she had been shouting.

‘Are we both such wicked people? Surely there would be some thief, some cut-throat more deserving of what we have endured?’

Noises were reaching us from beyond the barrier of the drawing room door, the scuffings and murmurings that make up the domestic music of any home. The day had reached its proper beginning, the Red Men were abroad and it seemed certain the spell that had fallen upon us in that early morning silence would soon be broken. I knew I must ask what had happened to Frances before the world swept her away from me once more.

‘Can you tell me?’ This was all that passed my lips, but it was as if an electric charge had passed from myself into her, for her lip began to quiver, her hand shake in mine, the tremor passing to her arm into her body until the whole shivered.

I fetched what remained of the brandy, watched as she was forced to use both hands to hold the glass to her lips. After a few sips of liquor her tremor eased, though it did not pass entirely for some while.

‘Please, Frances. If you cannot bear to tell me everything -‘

With this she shook her head, placing the glass down so heavily on the table I feared it would break.

Again she reached for me, gripping my wrist. ‘You are my only ally, Edmund. It is so clear to me now. You alone can understand all that has passed. The terrible spell I have been under. You are my only hope of deliverance from this wretched state. It is merely …’ She paused, gazed about the room in such an agitated manner and for so long, I feared she had forgotten my presence. Finally she said, ‘If I keep it all in my mind, I could perhaps persuade myself it is some fantasy, a disorder of the senses. Speaking of it aloud …’ she smiled sadly, ‘… makes it reality.’ She shook her head. ‘Such foolishness. Nothing is so real than what I have lately experienced.’

She sipped the last of her brandy as I stoked the fire back to life, though this was more for comfort than a need of warmth. As I settled back into my chair and the glass was emptied, she talked.

‘I cannot say exactly what was the beginning of it all, for the order of things has become jumbled in my mind. Perhaps it was the gift of a gilded rose, or a melody from a time long passed whistled from the inky shadows. Whichever it was, I have been a puppet in the hands of men, in a labyrinthe of suffering from which I have been unable to escape …’

4 thoughts on “The Devil of Moravia : Two halves of the same flesh”