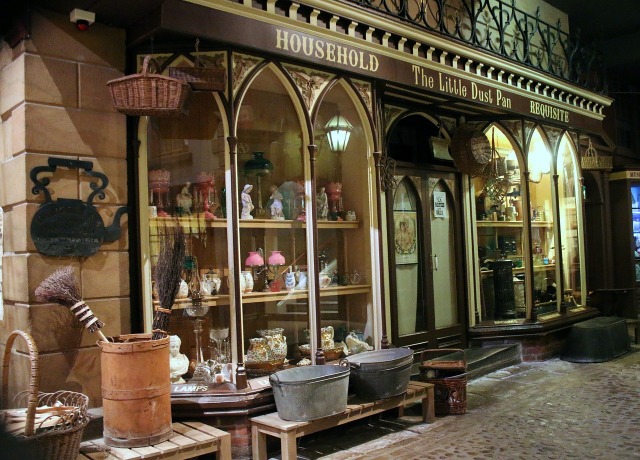 Take a large handful of characters from some of the best known and most widely read 19th century novels in the English language, all written by an author so famous, an adjective has been coined to sum up the flavour of his works. Shake these characters together – regardless if they originally shared the same pages or not – weave them around a murder mystery, and fling them at the television screen to see if the idea sticks.

What the humbug are you talking about, you mad limey besom?

I hear you cry.

Well, to the uninitiated – I suspect anyone living outside the UK – I’m talking about Dickensian (there’s that adjective I mentioned early!).

The creators have taken characters from Dicken’s Bleak House, A Christmas Carol, Oliver Twist, Great Expectations, Martin Chuzzlewit, Our Mutual Friend and possibly more books I’m too poorly read to recognise and had them all live in the same London neighbourhood at the same time, frequenting the same pub and shops and money lenders.

Now, if you’re thinking this Victorian-set soap opera sounds like a recipe for disaster, you could be right.

The project is overseen by Tony Jordan, best known for writing hundreds of scripts for Eastenders, the UK’s most depressing, grimy (East London-based) soap. It’s a show known for hard storylines including rape, murder and suicide – and all in an early evening time slot.

So, Dickensian could have been a trashy, nasty, sensationalist way of stamping on Charles Dicken’s oeuvre. And there’s nothing more painful than having someone stamp on your oeuvre. Oeuvres, my friend are not for stamping on.

But I don’t think it is.

The clever thing the writers have done is gather the characters together before we see them in their respective books. So we have the novelty of seeing Miss Haversham when she’s still a pretty young thing, full of girlish promise, of seeing Bill Sykes adore Nancy – of seeing Scrooge in full money-grabbing, tight-fisted, pre-redemption glory.

For anyone who has read the books, it’s a melancholy experience.

We know the fates of Nancy, Miss Haversham, Little Nell and the future Lady Dedlock, and we watch them stumbling towards their respective, unpleasant and sticky ends, helpless to warn them of how much trouble lies ahead and how to avoid it.

The production is up to the Beeb’s usual high standards – the acting is generally great, the sets and costumes fantastic, the dialogue has the right tone and the mystery intriguing.

It’s been a fascinating watch so far and I can’t wait to see if the murderer is one we know well – Artful Dodger? Fagin? Surely not the sweet, kindly Bob Cratchit?

So, the question I want to ask you lovely people is this – what do you think of writers who take famous characters and do as they will with them? Do you think we should leave well alone? Have you watched Dickensian and if so, what did you think?

If you’d like a quick overview of Dickensian’s main characters, take a look here.