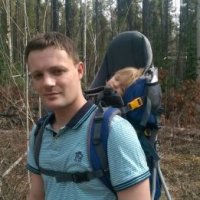 The wind was blowing hard now, peppering Naga’s face with grit. He took a last drag of his cigarette, dropped it, screwed the stub into the dirt with his sneaker.

The sun was low behind the trees, sky burnt orange at the horizon. Where was Maja?

Robbing the convenience store had been her idea. Said she’d seen the clerk bundle notes into a battered tobacco tin, hide it under the counter. The guy was ashy with age, walked with a frame. One look at Maja’s hunting knife and he’d hand the tin over. Sweet and simple, she said. Reluctantly, Naga had agreed.

He blinked, cuffed his eyes.

But the old man had screamed – a weird, trapped rodent noise. He’d stumbled forward, lashed at Maja with his walker. The knife flashed. Naga ran.

Something his mom used to say pinballed through his head.

Say no to yes, beta.

Written for What Pegman Saw, the writing prompt that uses Google Street view. This week we are in Cape Disappointment, Washington. See here to join in.

And if you want to know where I found the title, just look at that scabby wall …

Pinkie waits by the big wheel.

The rink is closed for the night, the wind cutting across the ice, bringing winter with it. Fairy lights shiver in the black fingered trees, the smell of fried onions from the food stall reminds him of summer and richer pickings, long nights of beer and open jackets and easily lifted wallets.

‘Alright, Pinkie.’ Rose is smiling, a soft, wet-eyed smile that makes him want to punch her. Her hand in his is cold, slightly damp. Like a dead man’s.

Written for Rochelle Wisoff-Field’s Friday Fictioneers. See here to join in and to write your own tale.

Apologies, but due to a heavy workload this week I won’t be reading as many FFs as usual, though be sure if you read and comment on my story, I will reciprocate … eventually!

Fairgrounds and seasides always have a darker side for me. On the surface it’s all family fun and bright lights and loud music, beneath there’s grime and dirt, rather like the rides themselves. Perhaps it’s all those holidaymakers with money in their pockets that attract folk wishing to have a slice of that money and not always legitimately.

Anyway, for some reason the image reminded me of Graham Greene’s novel Brighton Rock, the tale of the sociopathic teenage killer Pinkie Brown. There’s death and violence, sex and Catholicism, all mixed together in a rather distasteful brew – or at least I found it so when I read it as a teen. For those unfamiliar with the novel, look here.

In my story, I picture Pinkie meeting Rose, his girlfriend later wife who is oblivious to the extent of her spouse’s depths …

The thing that upset Ma most was not having Uncle Niall’s body.

When family die, there’s a way things go, you know? The women wash and dress the dead fella, lay him in his box on a table in the parlour. There’ll be the uncles with their greased down hair and card collars, gripping pints of plain. There’ll be the aunties with their washed-out faces, fingers crimped round tea not drunk, wake cake not eaten.

But from the day Niall was found floating face down near the hide, the questions started. A poacher with no traps or snares. A smoker with no tobacco pouch, no matches. A married man with his ring finger cut clean off at the knuckle.

Time’s passed and more folk have vanished. Now Ram’s Island’s left to the heron’s and the coots, the mute mouthed salmon.

But as Ma says, ‘Some bastard knows, don’t they?’

Written for What Pegman Saw, a prompt that uses Google Street View at it’s jumping off point. This week ,we are at Ram’s Island, Northern Island.

Why did that nature lover’s hide prompt me to write a murder mystery? It looks pretty isolated, pretty lonely out in the water, the perfect place for bad things to happen. It could also be the overhanging Brexit negotiations that threaten the peace in Ireland, the recent parcel bombs that have been claimed by the IRA. Whatever inspired this tale, it seems trouble is never far away.

‘They not blackbirds, dumbo,’ said Cass. ‘They’re crows.’ He limped on towards the telegraph poles, lame foot dragging on the cracked road. ‘Twice the size of sodding blackbirds.’

‘Leave her be,’ I mumbled. ‘Every black bird is a blackbird to her.’

She was singing a nursery rhyme now, reedy, rushy voice a mix of adult and child.

‘Simple,’ muttered Cass. ‘Brain like a bag of candy floss.’

Up ahead, Evie struggled through long dried grass, hand outstretched to a boundary fence. Beyond, the field was already dull, waiting to sleep.

Cass pointed with his cane. ‘Stop her, will you.’

I saw what she was reaching for – a row of wings pinned to the wire, flapping a black rainbow in the wind.

Written for Crimson’s Creative Challenge#14. See here to join in.

Stickler was talking into a mobile phone and didn’t see her enter the gallery. His hair was a shade greyer, she noticed, his jawline softened by the years.

He looked up at the scuff of her shoes. Those eyes hadn’t changed – Moss once said they held all the emotional depth of polished marble.

With a paper thin smile, Stickler beckoned her over. He muttered into the phone, ‘… the package could not be delivered within the agreed timescale. An unforeseen event occurred that was not factored in to the original calculations.’

An unforeseen event? She could almost feel Moss’s hand in hers, feel the last squeeze.

The phone clicked off. ‘I told you I didn’t want to meet here.’ He looked up. ‘Too many teeth.’

Prouse leaned into him, her lips against his ear. ‘And I told you – sometimes the minnow eats the shark. This is for Moss.’

Written for What Pegman Saw, the prompt that uses Google Street View as its inspiration. This week we are in Manhattan, in the American Museum of Natural History. See here to join in and to read the other stories.

Second love. A black and gold Ford Capri straight off the forecourt. Driving the length of the M1 – Catthorpe Interchange to Gretna – just to see Eileen with the tawny eyes and endless legs.

Third love. A silver Bentley Continental bought with the commission from his first big deal.

Abandoned in Kielder Forest under a Hunter’s Moon. The smell of burnt rubber and oil. The ting of cooling metal. The Moon reflected in a pair of blank tawny eyes.

Written for Rochelle Wisoff-Field’s Friday Fictioneers. See the pic and write a tale. And what a cracking photo this week. Pop along here to join in.

Dari and Purl’s first kiss was under those trees, the New Year’s Eve Purl was sixteen. Their last was two or more years later under the same trees, sun blazing down, pricking the sweat from Purl’s skin like she’d been caught in a storm. She was crying that time.

This was where Sunny learned to ride pillion and where he got that scar like a second smile on his chin. Fell off the back of the Honda. Told Dari not to try wheelies.

It’s where we smoked – away from our parents, too far into the maze of tenements for the police to find us, to quiet for the gangs to bother.

It’s where they found Purl the New Year’s Day she would have been nineteen. Lying on her back, staring up through those self same trees, her throat cut like a second smile. And she had a lovely smile.

I wonder where Dari is now.

Written for What Pegman Saw, the writing prompt that uses Google Street View. This week, we visit Mumbai. See here to join in.