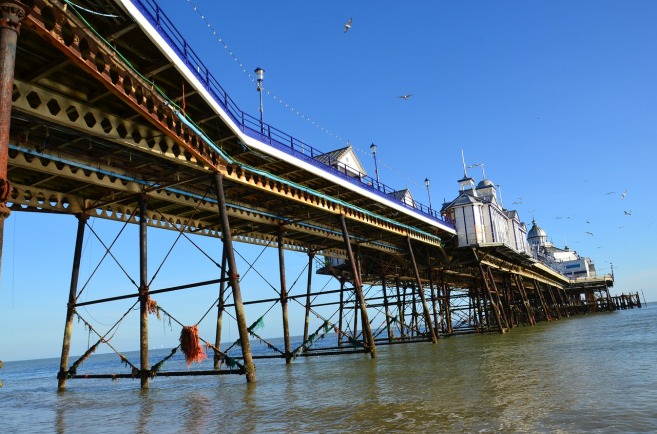 We’re the third week into the summer holidays – the halfway point – and I know my son’s already experienced the highlight of his time off. Settle back and I’ll tell you why.

We have the ‘seaside’ here in the UK. I know our American cousins have the ‘beach’, but that’s a different beast entirely.

You see, ‘beaches’ are miles of golden sand, golden skin turned ever more golden by the glowing ball of the sun. It’s blue skies, a softly rolling, unimaginably sapphire ocean, white tipped and foaming. Maybe there’ll be palm trees. Maybe there’ll be cocktails served by waiters the colour of oven chips wearing nothing but flip-flops and budgie smugglers. Maybe.

‘The seaside’ is a not the same.

Forget the above. There may be sand, but there may also be pebbles which are too small to walk on comfortably, too big to be called grit. If there’s sand it will be the colour of a Labrador that’s been swimming in a muddy river.

There may be enough blue in the sky ‘to patch a man’s shirt with’ (no, I’m not sure either – it’s something my stepmother used to say) but even if it’s clearer than that, it’s unlikely to be free from cloud.

You will want to keep your pale, goose pimpled flesh (we’re English, don’t forget) undercover, because at the seaside it is always windy. You will need to pack a jumper: you will need to use bags, shoes – perhaps a particularly immobile elderly relative – to weigh down the corners of your towel if you wish to sit on it, or it will be blown into the sea.

The water may be chilly enough to make your toes go numb, and if you’re brave enough to go for a swim, you may want to edge in a little at a time, so your body can acclimatise to the drop in temperature. It’s traditional to do a sort of hopping about jig accompanied by a ‘Ah! Aha! Ah!’ sort of noise – think of it as a kind of saline Morris Dance.

Not that entering the sea is always an option. At our closest seaside, Weston-Super-Mare, (situated on the Severn River Estuary, so not really ‘the sea’ at all) the water recedes so far and so quickly, we’ve spent entire days making sandcastles, dodging heaps of straw and manure left behind by the depressed-looking donkeys as they lollop up and down, having ice cream dropped in their manes … And the sea has remained a shimmering brown sliver on the distant horizon, beyond the end of the pier, beyond signs warning of murderous shifting sand.

Ah, there it was, did you glimpse it? Hidden among the references to manure and Eeyore’s grumpier cousins, was today’s Wednesday Word Tangle.

This word conjures several images to me.

There’s the original Victorian / Edwardian edifices of fancy wrought iron, the place to promenade and buy a ‘Penny Lick’* and listen to brass bands playing I do like to be beside the seaside at an ear splitting umpa-pa volume – probably in a vain attempt to drown out the Punch and Judy man.

It may seem an odd thing  to associate with these fine examples of British architecture, but piers burn down more frequently than Game of Thrones actresses bare their chests – well, maybe not, but you get my meaning. Weston’s pier was destroyed by fire in 2008, but the original 1903 construction had already been destroyed in 1930 – by a fire. And it’s not just Weston – Southend, Brighton, Colwyn Bay, Great Yarmouth … What do they make these places out of? Petrol and fire lighters?

The other image it conjures is the one my son loves the best.

You see, most piers aren’t really sophisticated places. They’re often based in very ‘touristy’ resorts where there’s less absorbing the wonders of nature and more throwing yourself into contrived, manmade thrill seeking. Piers are full of arcade games – flashing lights, ringing bells, loud pop music. They’re stuffed with ‘Dodgems’ (they used to be called Bumper Cars in my day, a time when we more honest about our intentions to whack the hell out of other drivers and less likely to sue). They have Haunted Houses and Fun Houses and roller coasters and carousels and candy floss in bags that turns to red goo if the weather’s too warm.

Piers are loud and brash, full of trashy entertainment and cheap thrills. And that’s why my son has such a brilliant time in the one at Weston.

Let’s hear it for the British pier. A grand, incendiary tradition.

*‘Penny Licks’ were an early way of dispensing ice cream. You paid your penny. The vendor gave you something shaped like a sherry glass with a shallow dip in the top in which he smeared ice cream. You licked the glass clean of cream and handed it back. The vendor did exactly the same thing for the next person … Usually without washing the glass between customers. Hmm… Yummy!

Thanks as always to Kittykat-bits and bobs, the founder of W4W 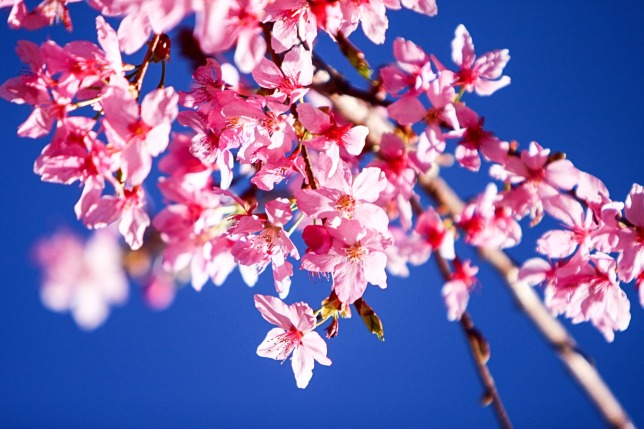 We’ve sat for a while in my dining room, popped into the overcrowded, body-odour scented, eccentrics-magnet that is public transport, drank over-priced, over-sugared hot chocolate at a chain coffee shop that shall not be named.

We’ve limped home, mentally and physically shattered, on the verge of both a diabetic coma and a breakdown from all the jostling, swearing and general bad behaviour on my glorious city’s road network and flopped exhausted, into the bomb site that is my bed.

We’ve nestled, we’ve dozed- hey, we’ve even spooned a little (don’t fret, I won’t tell)– but now the end is nigh.

You see, we’ve nearly reached the end of our journey through my Writing Caves. We’ve laughed, we’ve cried, we’ve endured a little light dentistry, but this is the penultimate instalment.

But before I describe my DREAM WRITING CAVE (look out next week for that stunner), I’m going to tell you where I just don’t write, won’t write, have never tried to write with my laptop, the esteemed Dominic Silverstreak.

OUR GARDEN. Oh, it’s a lovely thought, under the outspread arms of our cherry tree, the bees  in full buzz and the blossom falling like beautiful litter around my feet… BUT. The’redecoration’ of our garden by the neighbour’s cats means there’s the constant whiff of litter tray lurking nearby. Also, the sun shines on the laptop screen and I can’t see anything and the blossom falls on the keyboard and anyway, there’s nowhere to prop a notebook or leave a cup of tea where it won’t get kicked over and the bees buzz in your ears, the noisy little devils… so, no, regrettably- not the garden.

THE BEACH. There is nowhere on earth I’d rather be than the seaside. Even our nearest ‘beach’ (Weston-super-Mare, which is on the Severn Estuary, not  the sea, and is full of chip shops, arcades and grumpy donkeys) is a joy on a warm day. There’s nothing more inspirational than the sea. It stirs the primal being inside, calls to the mermaid or man in us all. BUT. Gulls are the bird-world’s finest muggers and will steal ANYTHING- ice creams, sandwiches, small children– nothing is safe from there clutches. And they poo, a lot and indiscriminately. So you’ll need an umbrella, even if it isn’t raining. Also it is ALWAYS WINDY at the British seaside. Always. Even in mid-summer when the sun is shining and the mercury is crawling up the glass, the gales blow. So you’ll need a cardigan. And a flask of tea to stop your fingers from going numb. And a wind break and a blanket. Let’s just not bother.

THE PARK. There’s the sun on the screen again and the bees and the wind (our local park is built on the top of a hill) and people stopping to ask what you’re doing and dogs sniffing your ankles and using you as a public convenience and footballs flying at your head cos the five-aside match has just started. Nah, can’t be bothered.

CHILDREN’S PARTIES. You get roped into ‘pass the parcel’ and the mountains of cake are too distracting.

AT THE POOL. It’s good to exercise, but Dominic’s a sensitive soul and doesn’t like getting damp.

AT WORK. Okay during breaks, but the customers will insist on being served and when I use the excuse, ‘But I’m trying to think of another synonym for ‘said”, people tend to lash out.

CHURCH. Nice and quiet, but the vicar complains about the keys tapping during funerals and weddings.

AT THE SUPERMARKET. Can’t balance the laptop on the shopping trolley.

I could go on. But I can see you’re tired and you’ve looked at your watch three times since I started this list, so I’ll let you go. Travel safe and I’ll see you next week for the final WE’RE GOING ON A CAVE HUNT…